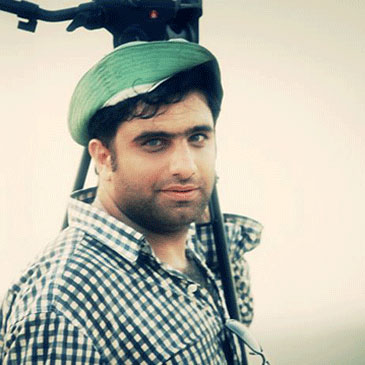 Omid Abdollahi was born in Shiraz, Iran in 1978. He started his filmmaking career in the late 1990’s by passing a filmmaking course in Iranian Youth Cinema Society. After graduation from high school and contrary to his own liking, he started to study architecture. After graduation from university, he started to work as a teacher in the Ministry of Education and Training. At the same time, he made a few short films. After two years, however, he stopped teaching to join a professional filmmaking group and followed cinematic activities in a more serious way. At last, he entered university once again to study cinema (editing). Since then, he has been continually active in the field of cinema, and – with his short and documentary films – has succeeded in participating and winning in numerous festivals such as Bronze Medal from Festival of Nations, Ebensee, Austria; receiving IDFA Bertha Fund award; Jury Prize from Ismailia International Film Festival; Jury Mention Special Prize from Clermont Ferrand International Short Film Festival. He is now a member of Iranian Short Film Association (ISFA) and Iranian Documentary Filmmakers Association.