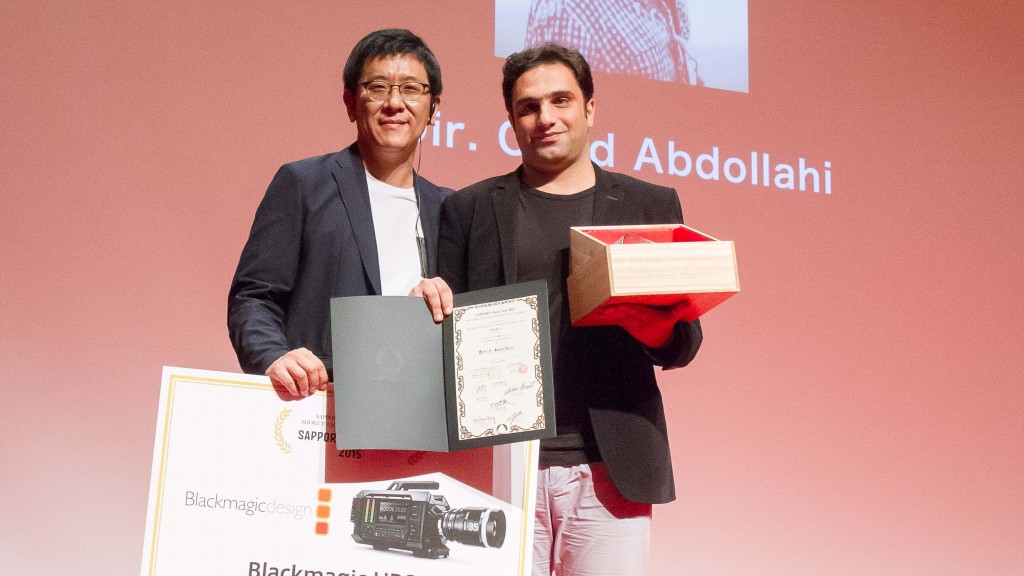 The tenth International Sapporo short film festival was held in Sapporo city in Japan from 7th to 12th October 2015 and a number of selected short films were screened. The sole Iranian participant Omid Abdollahi participated with three short movies, “Bandage”, “Glimmer” and “Hostess”. Among other competitors there were filmmakers from the Netherlands and Switzerland.

The Filmmakers’ Section is the most important competitive part of the festival and participants competed for the prestigious grand prize. At the closing ceremony Omid Abdollahi was selected by the judging panel as the winner. The judging panel was directed by Nobuhiko Obayashi acclaimed Japanese filmmaker among other judges from France, South Korea and Canada.